Sivu 161 - Let me not to the marriage of true minds Admit impediments. Love is not love Which alters when it alteration finds, Or bends with the remover to remove : O, no ! it is an ever-fixed mark That looks on tempests and is never shaken ; It is the star to every wandering bark, Whose worth "s unknown, although his height be taken.
Näkyy 738 teoksessa alkaen 1760-2008
Sivu 160 - Shall I compare thee to a summer's day ?. Thou art more lovely and more temperate: Rough Winds do shake the darling buds of May, And summer's lease hath all too short a date: Sometime too hot the eye of heaven shines, And often is his gold complexion dimm'd; And every fair from fair sometime declines, By chance or nature's changing course untrimm'd; But thy eternal summer shall not fade, Nor lose possession of that fair thou owest; Nor shall Death brag thou wander'st in his shade, When in eternal...
Näkyy 785 teoksessa alkaen 1801-2008
Lisää
Sivu 161 - Most quiet need, by sun and candlelight. I love thee freely, as men strive for Right; I love thee purely, as they turn from Praise. I love thee with the passion put to use In my old griefs, and with my childhood's faith.
Näkyy 745 teoksessa alkaen 1814-2008
Sivu 164 - Had we but world enough, and time, This coyness, lady, were no crime. We would sit down and think which way To walk, and pass our long love's day; Thou by the Indian Ganges' side Shouldst rubies find; I by the tide Of Humber would complain. I would Love you ten years before the Flood; And you should, if you please, refuse Till the conversion of the Jews.
Näkyy 507 teoksessa alkaen 1821-2008
Sivu 163 - That's sweetly play'd in tune. As fair art thou, my bonnie lass, So deep in luve am I ; And I will luve thee still, my dear, Till a
Näkyy 580 teoksessa alkaen 1800-2008
Sivu 161 - Love's not Time's fool, though rosy lips and cheeks Within his bending sickle's compass come; Love alters not with his brief hours and weeks, But bears it out even to the edge of doom.
Näkyy 392 teoksessa alkaen 1804-2008
Sivu 163 - As fair art thou, my bonie lass, So deep in luve am I, And I will luve thee still, my dear, Till a' the seas gang dry. Till a' the seas gang dry, my dear, And the rocks melt wi
Näkyy 605 teoksessa alkaen 1806-2008
Vähemmän

After swearing for years she would never get married, Mandy married in 2000 and to her surprise is very happy. For the past five years she has been a web producer at The Australian Financial Review, as well as a professional writer whose work has appeared in many newspapers and magazines. 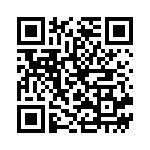