Sivu 7
these philosophers , who were called Platonists , the name being derived from their master Plato . With respect to Plato , then , I shall briefly touch upon the points I consider essential for the question before us , first mentioning ...
Sivu 241
Also , it was proper for mortals among the people of God to be called gods more clearly , in order to make them confident and certain that he was their God who was called “ God of gods . ” For , even if those immortal and blessed ...
Sivu 485
The same figure is used again in the psalm : “ I called upon thee , for thou hast answered me , O God , " 1 although it seems as if the psalmist should have said : “ Thou hast answered me , O God , because I called upon thee . 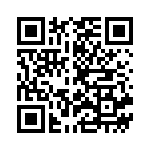