Sivu 83
He found a community of 1,400 persons already in existence , and for their benefit he introduced the so - called “ 21 Articles of the Anabaptists , ” which emphasised the tenets of the sect in their most uncompromising form : absolute ...
Sivu 97
When he left , they called to him to return , and it was his firm intention to do so . On three occasions , as a school - boy , as a young man , and as a successful politician , the longed - for opportunity was afforded him to walk ...
Sivu 240
It was not until March , 1825 , as a member of the clergy of the North Riding of Yorkshire , that he was called upon to state publicly his vehement repudiation of what the great majority of his colleagues desired . 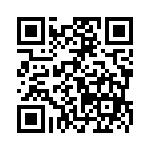