Spencer C. Tucker, PhD, has been senior fellow in military history at ABC-CLIO since 2003. He has written or edited 58 books or encyclopedias treating military and naval history, a number of which have won important awards. 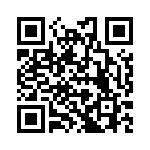