According to John Passmore, Hilary Putnam's work is a "history of recent philosophy in outline" (Recent Philosophers). He adds that writing "about "Putnam's philosophy' is like trying to capture the wind with a fishing-net." Born in Chicago and educated at the University of Pennsylvania and the University of California at Los Angeles, Putnam taught at Northwestern University, Princeton University, and the Massachusetts Institute of Technology before moving to Harvard University in 1965. In his early years at Harvard, he was an outspoken opponent of the war in Vietnam. Although he writes in the idiom of analytic philosophy, Putnam addresses major themes relating science to ethics and epistemology. If these themes are reminiscent of David Hume---as, for that matter, is much of analytic philosophy---his treatment of them is not. Putnam's work is far more profoundly shaped by recent work in logic, foundations of mathematics, and science than would have been possible for Hume; Putnam has contributed to each. He differs from Hume and stands more in the tradition of Willard Quine and American pragmatism in his treatment of the crucial distinctions between analytic and synthetic statements and between facts and values. Both distinctions, sharply made by Hume, are claimed by Putnam not to be absolute. He attempts to show, for example, that basic concepts of philosophy, science, and mathematics all are interrelated, so that mathematics bears more similarity to empirical reasoning than is customarily acknowledged. 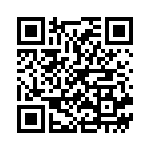