A History of Italian Cinema

Prior to this year-with the English translation of Gian Piero Brunetta's The History of Italian Cinema and this definitive rewrite and update of Bondanella's best-selling Italian Cinema, first ... Lue koko arvostelu

Peter Bondanella is the author of the groundbreaking Italian Cinema: From Neorealism to the Present, Hollywood Italians, The Cinema of Federico Fellini, and The Films of Roberto Rossellini. In 2009, he was elected to the European Academy of Sciences and the Arts for his contributions to the history of the Italian cinema and his translations or editions of Italian literary classics (Dante, Boccaccio, Machiavelli, Vasari, Cellini). He is Distinguished Professor Emeritus of Comparative Literature, Film Studies, and Italian at Indiana University and lives in St. George, Utah. 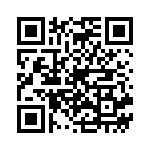