Albert Stwerkta is Professor Emeritus at the United States Merchant Marine Academy and previously served as the head of the mathematics and science department there. Dr. Stwertka conducted research in the field of atomic physics, and was instrumental in establishing training programs for the N.S. Savannah nuclear ship during the Atoms for Peace program. He is the author of numerous books on science and math, including The World of Atoms and Quarks, Recent Revolutions in Physics, Recent Revolutions in Mathematics, and Physics: From Newton to the Big Bang. 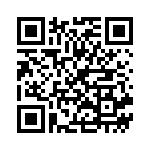