Sivu 430
Now what , I beseech you , is more easy than to write a regular French play , or
more difficult than to write an irregular English one , like those of Fletcher , or of
Shakspeare ? " If they content themselves , as Corneille did , with some flat
design ...
Sivu 536
The English attacked two rich Dutch merchant fleets from Smyrna and the East
Indies , which had run to this neutral Norwegian harbor for refuge . The King of
Denmark connived at the English violation of neutrality , but his orders did not
reach ...
Sivu 551
The dominant policy of James was to secure from Parliament the repeal of the
Test Act of 1673 , which prevented any English Catholic as well as any Dissenter
, from holding any civil or military office under the king ; and also the repeal of the
... 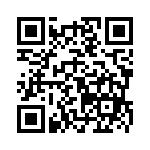