The history of science in the United States: an encyclopedia

This single-volume encyclopedia comprises 500 short- to medium-length articles, all written by experts in the field, on the development of science and medicine in the United States. The typical ... Lue koko arvostelu

Marc Rothenberg received his Ph.D. from Bryn Mawr College's Program in the History and Philosophy of Science in 1974. He has been on the staff of the Joseph henry papers Project (Smithsonian Institution Press) since 1975 and was named Editor in 1985. He is the general editor of the Garland series of encyclopedias in the history of science. Rothenberg is the author of numerous books including the two-volume History ofScience and Technology in the United States: A Criticaland Selective Bibliography (Garland, 1993). He has also authored and co-authored numerous articles in scholarly journals. 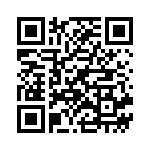