Sivu 317
You have discovered other mythical gods , against whom you may blurt out more freely what you think , and thereby , whether you intend it or not , also cast aspersions on the gods of the state . For you say that the mythical gods are ...
Sivu 341
effect unclean spirits have on the minds of men , when they are regarded as gods . Such things certainly could not happen in the theatres , for there they act plays , and do not go mad , although to have gods who also find pleasure in ...
Sivu 385
Although the pagans regarded these as deities , they did not choose to give them a place among the select gods , where they made room for Mars and Orcus , the one a god who causes deaths , the other a god who receives the dead . 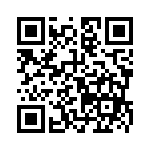