Sivu 177
... of Anselm in Rome is not without its importance, for when, at the opening of the
new reign, he was invited back to England, he returned with the fixed resolve to
enforce the Gregorian programme, and especially in the matter of investiture.
Sivu 218
It was perhaps too complicated a matter to be decided hurriedly, and required
further investigation. But it could not be ignored, for it had been made the chief
issue by the martyred archbishop. Ultimately, in 1176, a definite agreement was ...
Sivu 472
To prove his sincerity, the very same day he ordered that Geoffrey de Mandeville,
one of the insurgent barons, should have the judgement of his court in the matter
of a debt." But the barons refused the offer of arbitration, and the king in ... 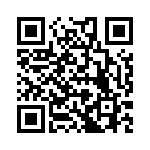