Sivu vii
and the Jňānakāņda , or portion treating of the release of the soul from
metempsychosis , by means of a recognition of its real nature as one with the
characterless and impersonal Self . This impersonal Self , Brahman , as
distinguished from ...
Sivu 9
To use the words of Archer Butler , “ Man ' s early tendencies are constantly
leading to a wide and vague application of his whole nature , to see himself in
everything , to recognise his will , and even his sensations , in the inanimate
universe .
Sivu 46
Viewed in parts , it is the particular illusion that veils from each form of life its own
true nature as the one and only Self . Under its influence every kind of sentient
being is said to identify itself , not with the Self that is one and the same in all , but
... 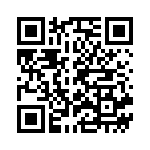