A Christ-centred and Sermon on the Mount focussed discussion of Christian ethics covering both questions of method and discussion of many key issues by two US evangelical authors. First edition appeared in 2003 Lue koko arvostelu

Glen H. Stassen (1939—2014) was Lewis B. Smedes Professor of Christian Ethics at Fuller Theological Seminary in Pasadena, California. He was a tireless advocate for social justice and peacemaking, and a prolific writer and international speaker about topics related to ethics, peace and discipleship. He was also highly honored and beloved by his many students during a university and seminary teaching career of more than a half-century. Stassen graduated from the University of Virginia with a degree in nuclear physics, and he studied theology, Christian ethics and political philosophy during graduate work at Union Theological Seminary and Duke University, where he earned a PhD. Before serving at Fuller, he taught at Duke University, Kentucky Southern College, Berea College and Southern Baptist Theological Seminary. While at Duke University, Stassen was a co-organizer of a Christian interracial association that worked with other civil rights groups. He also coordinated two buses that traveled to the 1963 March on Washington, DC, where Dr. Martin Luther King delivered his powerful "I Have a Dream" speech. In the classroom, Dr. Stassen received Fuller's "Faculty Award for Outstanding Community Service to Students," as well as the Seabury Award for Excellence in Teaching at Berea College and the Weyerhaeuser Award for Excellence in Teaching. Among his many writings, Kingdom Ethics: Following Jesus in Contemporary Context (coauthored with David Gushee) received Christianity Today's Award for Best Book of 2004 in Theology or Ethics. His most recent book was A Thicker Jesus: Incarnational Discipleship in a Secular Age, which was named among the top ten recommended books of the year by The Christian Century. He is also the author of Living the Sermon on the Mount and Authentic Transformation: A New Vision of Christ and Culture, as well as the editor of Authentic Faith: Bonhoeffer's Ethics in Context. He coedited works such as Just Peacemaking: The New Paradigm for Ethics of Peace and War, Peace Action: Past, Present, and Future and War of the Lamb: The Ethics of Nonviolence and Peacemaking. An American Baptist layman, Stassen was named Baptist of the Year by EthicsDaily.com, and was awarded the Denton and Janice Lotz Human Rights Award by the Baptist World Alliance. Stassen served in leadership positions within the Council of the Societies for the Study of Religion, National Association of Baptist Professors of Religion, American Academy of Religion and Society of Christian Ethics. He was a member of the Nuclear Weapons Freeze Campaign and of the Strategy Committee of Peace Action, the largest grassroots U.S. peace organization. He is survived by his wife, Dorothy, their three sons and six grandchildren.

David P. Gushee (PhD, Union Theological Seminary) is Distinguished University Professor of Christian Ethics and director of the Center for Theology and Public Life at Mercer University in Atlanta, Georgia. Widely regarded as one of the leading moral voices in American Christianity, he is the author or editor of twenty books and hundreds of articles in his field, including Righteous Gentiles of the Holocaust, Kingdom Ethics, The Sacredness of Human Life and Changing Our Mind. Gushee is a scholar, activist and churchman. His research interests focus on the ethical teachings of Jesus Christ and the Christian theological-ethical tradition, together with its contemporary implications for Christian discipleship and public witness. He currently serves as senior columnist for Baptist News Global and as a member on the Death Penalty Committee & Detainee Treatment Taskforce of the Constitution Project. He serves on the board of directors of Sojourners and as vice-chair of the board of the Public Religion Research Institute. He has most recently become a faith consultant for the Family Acceptance Project. As an activist, Gushee was the principal drafter of both the Evangelical Climate Initiative (2006) and the Evangelical Declaration against Torture (2007). He is regularly quoted in major national media of all types, including NPR, the New York Times, the Washington Post and the Wall Street Journal as an authority on the role of religion in American public life and as a voice for civility and dialogue across our cultural divides. An ordained Baptist minister, Gushee and his wife, Jeanie, attend First Baptist Church in Decatur, where he teaches a weekly Sunday school class, as well as Holy Cross Catholic Church. They reside in Atlanta. 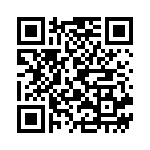