This second of four volumes representing the literary expression of African women focuses on 12 West African nations, documenting the history of this expression since upward of six centuries before ... Lue koko arvostelu

The first in a four-volume series, this collection features works by distinguished, as well as lesser-known, African women writers. The editors' selection of excerpts ranges from the 19th century to ... Lue koko arvostelu

Sivu 53 - [t]he shameful and unjust proceedings with reference to the freedom of our slaves: and yet it is not so much their freedom that drove us to such lengths, as their being placed on an equal footing with Christians, contrary to the laws of God and the natural distinction of race and religion, so that it was intolerable for any decent Christian to bow down beneath such a yoke; wherefore we rather withdrew in order thus to preserve our doctrines in purity
Nðkyy 66 teoksessa alkaen 1878-2008

Gloria Naylor was born in Manhattan, New York on January 25, 1950. She received a bachelor's degree in English from Brooklyn College and a master's degree in African American studies from Yale University. She taught at several universities including George Washington University, the University of Pennsylvania, New York University, Princeton University, and Boston University. Her first novel, The Women of Brewster Place, won the American Book Award and the National Book Award for first novel in 1983. It was adapted into a two-part television movie in 1989. Her other novels include Linden Hills, Mama Day, Bailey's CafÕ, and The Men of Brewster Place. She died of heart failure on September 28, 2016 at the age of 66. 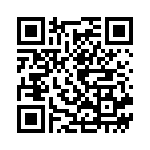