I sat and listened to the Streisand cd that played in the background--her early recording of classical music with lyrics sung in French and German &c--and tried to recall a reference in "Pickman's ... Lue koko arvostelu

S. T. JOSHI is the author of H. P. Lovecraft: The Decline of the West (1990), Lord Dunsany: Master of the Anglo-Irish Imagination (Greenwood, 1995), H. P. Lovecraft: A Life (1996), and Ambrose Bierce: A Bibliography of Primary Sources (Greenwood, 1999), which he compiled with David E. Schultz. He has edited the standard edition of Lovecraft's fiction (1984-89, 4 vols.) and many other editions of Lovecraft's work. He is the founder and editor of Lovecraft Studies and Studies in Weird Fiction.

DAVID E. SCHULTZ is a technical editor with an environmental engineering firm. He has edited a critical edition of H. P. Lovecraft's Commonplace Book (1987), and with S. T. Joshi has edited various annotated editions of Lovecraft's letters. He and Joshi also compiled Ambrose Bierce: A Bibliography of Primary Sources (Greenwood, 1999). 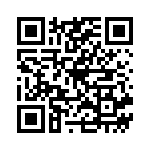