Sir William Blackstone (1723-1780) was a prominent public figure in the eighteenth century. Judge and jurist, barrister and politician, his work has had a profound influence on the Anglo-American legal tradition. The first Vinerian Professor of English Law, Blackstone was a Justice of the Court of Common Pleas at the time of his death. The Commentaries published in eight editions in his lifetime, and a posthumous ninth edition in 1783.


David Lemmings is is Professor of History and Leader of the 'Change' research programme in the Australian Research Council Centre of Excellence for the History of Emotions. 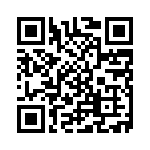