John Henderson is Professor of Classics at the University of Cambridge and Fellow of King's College. Among his recent books on Latin Classics are Morals and Villas in Seneca's Letters: Places to Dwell; HORTUS: The Roman Gardening Book, and Aesop's Human Zoo: Roman Stories about our Bodies (all 2004). He is co-author (with Mary Beard) of Classics: A Very Short Introduction. 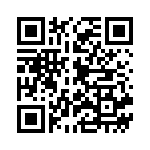