Sivu 351
Thenceforth the ten tribes that Jeroboam , Solomon's servant , received , who
was set up as their king in Samaria , were in a special sense called Israel ,
though this was formerly the name of that whole nation . But the name Judah was
given to ...
Sivu 379
For by divine aid he interpreted the king's dreams , and foretold that there would
be seven years of plenty , whose overwhelming abundance seven other barren
years thereafter were destined to consume . For this reason the king had put him
...
Sivu 461
To them are added Jonah , during the reign of the same king Uzziah , and Joel ,
at the time when Jotham , Uzziah's successor , had begun his reign . But the
dates of these two prophets are found in the chronicles , not in their own books ... 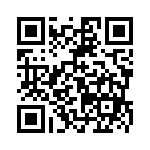