Sivu 126
Urban Parks in America : The Olmsted Legacy IPTI Imagine New York City
without Central Park , Philadelphia without Fairmont Park , San Francisco without
Golden Gate Park , Boston without its “ Emerald Necklace , " and Chicago without
its ...
Sivu 131
First , Central Park and its counterparts in other cities were designed to “ mould ”
the physical form and structure of the surrounding city . Parks were conceived to
be oases of open space and bucolic scenery around which the city would grow .
Sivu 364
pertaining to the internal management of parks : recreation , traffic , wildlife ,
primitive areas , off - road vehicles , and so forth . Such issues relate to the
essence of the parks , their very raison d ' õtre - scenery , water , biodiversity ,
quiet , and ...

RUTHERFORD H. PLATT is professor of geography and planning law in the Department of Geosciences at the University of Massachusetts in Amherst. 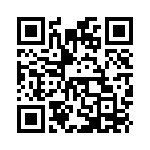