Sivu 40
Possibly the most widely known of these rare birds is J. Brooks Atkinson , drama critic of the New York Times , whose extraordinary place in the world of journalistic criticism was dramatized in 1958 when more than one hundred ...
Sivu 49
They are paid widely varying salaries , and often by the article or review . Here , if they are staffers , too , their duties are diverse , and the critic may be expected to do layout , make - up , and other editorial office work .
Sivu 164
B. H. Haggin , music reviewer for The New Republic , also can count on being read widely even though his periodical has a much smaller distribution than , say , the Albany Knickerbocker News ( 27,496 for The New Republic and 54,000 for ... 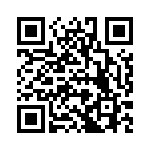