Sivu xxxii
graphy with exposure times shorter than about 1/1000 of a second that almost
always require special techniques, especially in light sources. For some
purposes, the definition is shutter speeds beyond what is available on general
use 35-mm ...
Sivu 280
Katseluoikeutesi tähän teokseen on päättynyt.
Sivu 913
Katseluoikeutesi tähän teokseen on päättynyt.

This three-volume encyclopedia, edited by Warren (curator, Museum of Contemporary Art, Chicago), surveys photographic history and practice for the last 100 years. The thematic list of more than 500 A ... Lue koko arvostelu

: These definitions err on the side of succinctness and are intended to be beginning points for the

serious student. An attempt to standardize terminology commonly found in the medium of fine arts

and so on) has been made using guidelines set forth by the J. Paul Getty Institute. In acknowledgment of the

increase in collecting vintage prints and the perennial interest in historical processes, many nineteenth

The primary colors of red, green and blue which are mixed to form all other colors in photo-

Trade name for a subtractive color film manufactured by the European company Agfa-Gevaert;

analogous to Kodachrome and Ansocolor.

commercial printing. The area so masked photographs as black to the camera, printing clear on the

An image created by the collodion process, historically on glass, which gives the illusion of being

positive when placed against a dark backing, often a layer of black lacquer, paper, or velvet. Also

An image featuring differing scales of magnification across the picture plane, especially

varying along the vertical and horizontal axes, with the result being extreme distortion.

the need for a negative. Also see

which light hits a surface.

to the edges of the field of view. This measurement is used to identify lenses and their appropriateness to

capture various widths or degrees of actual space in a photographic representation, thus an extreme

telephoto lens captures between 6 and 15

Trade name for a variety of non-albumen printing papers which became a general term; largely

obsolete in the twentieth century.

Variation on the carbon process; largely obsolete in the twentieth century.

The Corcoran Gallery of Art

School of The Art Institute of Chicago, Illinois

Critic and Historian of Photography

Entries A to Z 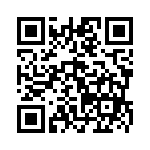