Sivu 198
He came unto his own , and his own received him not , but as many as received him to them gave he power to become the sons of God , even to them that believe in his name ' . Who Who gave himself for us , that he might redeem us from all ...
Sivu 235
For this Melchizedeck , king of Salem , priest of the most high God , who met Abraham returning from the slaughter of the kings , and blessed him ; to whom also Abraham gave a tenth part of all ; first being by interpretation King of ...
Sivu 303
And when he had dipped the sop , he gave it to Judas Iscariot the son of Simon . And after the sop , Satan entered into him . Then said Jesus unto him , That thou dost do quickly . Sect . 17. He institutes the sacrament of his supper . 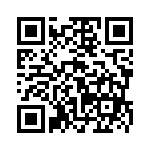