This book was very helpful. I liked how they described the history of ireland. Also I enjoyed the detailed descriptions about the specific sites to visit. The book has helpful maps to plan an organized itinery. Lue koko arvostelu

Born and partly bred in Dublin, it took Fionn years before he understood that though part of the same nation, Ireland beyond the pale was often a different country. Which made for some great exploring, but in the end he settled for the bits he knew best - and discovered a whole bunch of stuff on his doorstep he didn't know about. Which makes writing about his country year after year never get boring. Over the years he's also expanded his travel bag to include TV and radio - catch him on Newstalk 106-108FM (www.newstalk.ie). 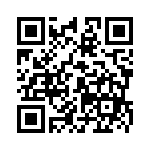