Robert Cribb is Senior Fellow at the Australian National University in Canberra and has previously worked in Australia, The Netherlands and Denmark. His research interests focus on Indonesia and include political violence, national identity, and historical geography. He is the author of several books on Indonesia. Audrey Kahin was managing editor of Southeast Asia publications at Cornell and co-editor then editor of the journal Indonesia from 1978 to 1995. She has also written extensively on Indonesia and Southeast Asia and visits the region frequently. Her current research deals with the problem of national integration in Indonesia. 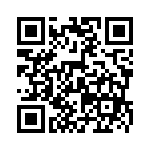