Sivu 45
World War II few Africans had any conception of Africa as a whole or of
themselves as Africans. They thought of themselves instead as Kikuyu, Buganda
Bahutu, or men of any other of the seven-hundred-odd tribes between the Cape
of Good ...
Sivu 14
supreme task of Britain's African policy, as Prime Minister Macmillan, Lord Home,
Mr. Macleod, and Mr. Sandys see it, is to ensure that Africa is not split in two,
roughly along the line of the Zambezi River, with a black Africa to the north, a
white ...
Sivu 61
the Portuguese African territories to the northeast and northwest of the Union.
These territories have been governed by a combination of despotism, silence,
and sheer inertia. The combination is a formidable one, and it is one which could
... 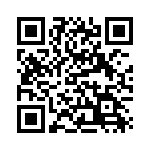