Sivu 187
Believe me , and I speak from experience , the more you say , the less will the
hearers retain ; the less you say , the more they will profit . By dint of burdening
their memory , you will overwhelm it ; just as a lamp is extinguished by feeding it
with ...
Sivu 199
And , as the remembrance of the exodus from Egypt grew less and less vivid , as
the people , severed into two rival kingdoms , became a prey to internal
dissensions , and less and less capable of opposing attacks from without , the
spectacle ...
Sivu 309
Man has less difficulty with dead wood than with living wood ; less difficulty with
vegetable life than with animal life ; less difficulty with a beast of burden than with
the child that reflects his own image . So with God . His difficulty , so to speak ... 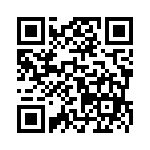