Moore majored in English at Colgate University and played varsity basketball. He went to graduate school at Columbia and began teaching and coaching at Canterbury School in New Milford, Conn. After 13 years at Canterbury, he went on to LaLumiere School in LaPorte, Indiana. In 1979, he became Headmaster of Berkshire School in Sheffield, Mass; but returned to Canterbury in 1988. 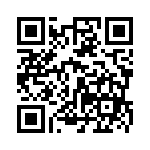