Sivu 179
THE SEVEN SEAS I NEVER sailed the Seven Seas , but I have seen Seas , seven and more , Bring wonder , recurrent and new , to the English shore . From a sea where the light spread like oil , golden and bland , I have seen the sun rise ...
Sivu 271
Alayne flew up to her , but when she reached the window , though the stables were visible , nothing living was to be seen but Quinn running toward them with the gun in his hands . ' Had you seen the dog to - day before this happened ?
Sivu 277
The smallest happenings are I have seen caps , I have seen soft pretexts for letters of sympathy or hats , and I have seen young people congratulation . An American friend without hats . At Princeton , they told writes to tell you that ... 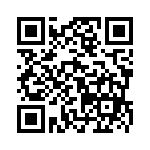