War scare: Russia and America on the nuclear brink

The arrival of the year 2000 will find humankind's basket of worries distressingly full, with issues like Y2K, global warning, and biological terrorism lurking around the corner. Yet how many ... Lue koko arvostelu

PETER VINCENT PRY, formerly with the CIA, is currently a professional military advisor to the U.S. House of Representatives on national security issues./e In an award honoring his years of service, the CIA stated: A noted expert in his field, Dr. Pry conducted groundbreaking research that illuminated one of the most important issues of our time, the U.S.-Soviet nuclear competition. On the vanguard of strategic intelligence analysis during the Cold War, he developed much of what the U.S. government knows about Soviet planning for nuclear war, including Soviet views of the character of war, perceptions of U.S. intentions, assessment of the nuclear balance, and operational plans. In the post-Cold War period, his work has been central to the U.S. government's understanding of evolving Russian threat perceptions and military doctrine, and the construction of new paradigms for strategic warning and stability assessments. He lives in Annandale, Virginia. 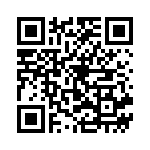