I bought this for my modeling and also because not much is published on Russian equipment. Excellent work! Lue koko arvostelu

Steven Zaloga was born in 1952, received his BA in history from Union College, and his MA from Columbia University. He has published numerous books and articles dealing with modern military technology, especially armoured vehicle development. His main area of interest is military affairs in the former Soviet Union and Eastern Europe in the World War II, and he has also written extensively on American armoured forces.

Peter Sarson has produced graphic cutaways for many armoured vehicle publications, and is regarded as one of the world's great illustrators of military vehicles. Peter lives and works in Dorset. 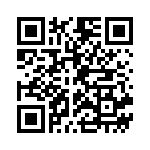