Evan Mawdsley is Professor of History at Glasgow University. He has written numerous books and articles on Russian history and is the co-author of The Soviet Elite from Lenin to Gorbachev. He lives in Glasgow. 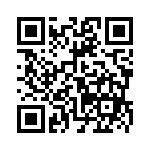