Sivu 89
Proof The proof of Theorem 5.2 is accomplished by reformulating the R - category problem as a dichotomy problem in a higher - dimensional space and then applying Theorem 5.1 . The first step is to generate a new set Z of higher ...
Sivu 92
Therefore , the sequence Sw must converge to a point on the boundary of W , proving the theorem . k € k E > 5.7 Bibliographical and historical remarks 3 The first proof of Theorem 5.1 was outlined by Rosenblatt.1 Subsequent proofs have ...
Sivu 134
... 125 Fixed - increment rule , 70 proof of convergence of , 82 , 85 Fractional correction rule , 70 , 91 proof of convergence of , 91 Fundamental training theorem , 79 Gaussian probability - density function , bivariate , 50 equations ... 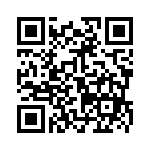