Sivu 242
They husband resumed his triumphant career . called his Macbeth “ comic , ' his Lear His tours took him to every part of ' a roaring pantaloon . ' America where theatres were available , Forrest believed — largely from cirand his ...
Sivu 261
They called it , when they called it with odd jobs of all sorts , carting lime , anything at all , a decline . coal , offal , dead pigs , leather , tar , even It was a mysterious thing , and no one , coffins , anything .
Sivu 617
had for calling on him was my interest Gate . ... In the course of conversation it develUpon my next visit to London I again oped that he was in search of material called on Lucas , and he asked me if I for his monumental Life of Edwin ... 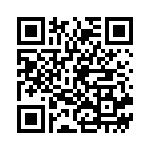