Sivu 12
In April and May riots , for which he was undoubtedly indirectly responsible , broke out in the principal towns of the Delta , and in Alexandria had to be suppressed by British troops . * In July , 1921 , Adly came to London , and for ...
Sivu 25
of British officials are attached to the various courts ; but the vast majority of officials , British and Indian , who guide the onward march of British India , know nothing of the aims , ambitions and sentiments of the Indian Chiefs .
Sivu 26
They saw British India making railways and extending irrigation with money borrowed on easy terms from London . But they were isolated and apart . They might not have relations with one another , nor with the outside world , and their ... 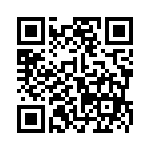