Sivu 43
Just one month later, in January 1955, Daoud accepted the long-standing Soviet
offer of military aid, which Afghanistan had previously rejected. That same year,
1955, the Pushtunistan dispute brought Pakistan and Afghanistan to the edge of
...
Sivu 66
For a full exposition of the Pushtunistan problem see: Louis Dupree, "
Pushtunistan," American Universities Field Staflr ReporLr, 5 n0. 2 (November
1961); D. Franck, "Pushtunistan," Middle East Journal, 6, no. 1 (1952); Leon B.
Poullada, ...
Sivu 413
The Soviets supported the Pushtunistan issue, and, through agents, perhaps
even helped to create it. The leader of the Pushtunistan movement in Pakistan,
Khan Abdul Ghaffar Khan, was and is openly Marxist; he was believed by British
... 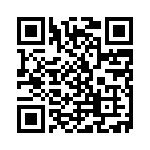