Käyttäjän arvio  - Declared Unto Him - Christianbook.com

Honestly, this would be an invaluable resource for any bible student, scholar or home learning family. The Chronology of the Old Testament has over two hundred pages of intense, biblical chronology ... Lue koko arvostelu

Following a 14-year professional career during which he held varying positions of responsibility as Paleontologist, Geophysicist, District Geophysicist, Geophysical Manager, and Regional Geophysicist with Texaco and Tenneco respectively, Dr. Floyd Nolen Jones was selected to attend Division Manager School shortly before resigning from his scientific vocation in 1974 to pursue Biblical studies.

Dr. Jones twice served as adjunct Professor at Continental Bible College in Brussels, Belgium. Having authored a definitive work on bible chronology, he has also written several books on textual criticism in defense of the traditional biblical text. He is currently engaged in ongoing Biblical research and the teaching of God's infallible Word. He and his wife, as well as his children and grandchildren, reside in Texas. 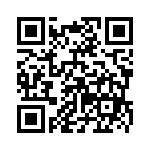