Sivu 121
It suffices if the whole drama be found not produced beyond the fifth act ; of the
style and uniformity , and that commonly called the plot , whether intricate or
explicit -- which is nothing indeed but such economy or disposition of the fable as
may ...
Sivu 169
Tis very true what he has urged , that one character in all plays , even without the
poet's care , will have advantage of all the others ; and that the design of the
whole drama will chiefly depend on it . But this hinders not that there may be
more ...
Sivu 284
The just measure of the kind of magnitude he explains by the following similitude
. An animal , no bigger than a mite , cannot appear perfect to the eye , because
the sight takes it in at once , and has only a confused idea of the whole , and not
a ... 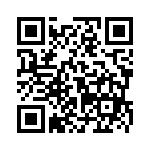