Judge Hal Moroz: Hal Moroz is an Attorney and Counselor at Law, who has served as a county judge and city chief judge in the State of Georgia. Judge Moroz has represented individual clients and small, medium and large businesses in a variety of legal matters. And his practice in the law has ranged from small claims courts to the Supreme Court of the United States. Judge Moroz is a retired U.S. Army officer, having served in the Airborne Infantry. He was first commissioned a Second Lieutenant in July of 1981 at Fort Bragg, N.C., the "Home of the 82d Airborne Division," by President Reagan's Secretary of the Army, the Hon. John O. Marsh, Jr. Judge Moroz has served on the faculty of Florida Coastal School of Law in Jacksonville, Florida, and the State Bar of Georgia's Institute for Continuing Legal Education (ICLE). He is a former candidate for the U.S. Congress, and served as Special Counsel to the Georgia Republican Party's First Congressional District Committee in the 2000 primary and general elections, and went on to serve as a Presidential Ballot Inspector/Observer during the 2000 "recount" in Florida. Following the 2000 election, Judge Moroz was a candidate for federal judgeships in the U.S. District Court for the Middle District of Florida and the U.S. District Court for the Northern District of Illinois. Judge Moroz is the founder of the Veterans Law Center, Inc., a non- profit, 501(c)(3) charitable organization that serves the interests of America's 24 million military veterans Located on the internet at VeteransLawCenter.org, the Veterans Law Center provides support and counsel to America's honorably discharged veterans, wherever they may be, and they do this free of charge to them. Hal Moroz is also a prolific writer, having authored numerous legal articles, weekly legal newspaper columns, and books. Copies of his many books can be ordered at Amazon.com or any major online bookstore! 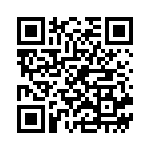