Sivu 51
in its several parts in the minds of the migrating CHAP . ... As ruling all migrating
souls , and as giving to fernal rules each its dole of pleasures and pains in
conformity with . the retributive fatality inherent in the process of things , he is
īśvara ...
Sivu 215
The migrating soul wanders in this wheel or maze of Brahman , in which all
things live and into which they shall return , so long as it ... Upon The triad — the
it is the triad ; it is the firm base of all things , and is dividual souls , imperishable .
Sivu 252
This power of the seed of the world - tree is illusion , Avidyā , also called the
undeveloped or unexplicated principle , the world - fiction , the great sleep of the
Demiurgus , in which all migrating souls must continue to sleep so long as they
wake ... 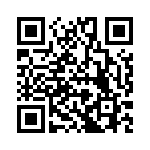