Simon Goldhill is Professor of Greek at the University of Cambridge and a Fellow of King's College. He has published widely on all aspects of Greek literature and on ancient culture. His books include Reading Greek Tragedy (1986), The Poet's Voice (1989), Foucault's Virginity (1992), Who Needs Greek? (2002), Love, Sex and Tragedy (2004) and The Temple of Jerusalem (2004). He is in demand as a lecturer across Europe and the USA and has appeared regularly on television and radio.

Robin Osborne is Professor of Ancient History at the University of Cambridge and a Fellow of King's College. His numerous publications include Greece in the Making (1996), Archaic and Classical Greek Art (1998), Performance Culture and Athenian Democracy (1999, edited with Simon Goldhill) and Greek Historical Inscriptions from the End of the Peloponnesian War to the Death of Alexander (2003, edited with P. J. Rhodes). 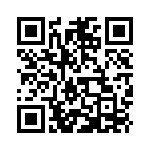