Sivu 1233
CHAPTER 475 AN ACT to amend the rapid transit law , in relation to public hearings on the terms and conditions of proposed contracts Became a law . April 6 , 1954 , with the approval of the Governor . Passed , by a majority vote , three ...
Sivu 1772
ing for all of the contracting municipalities , as such municipalities may provide in the contract , or , pursuant to contract therewith , by a public authority which possesses express reciprocal powers of contract .
Sivu 1774
be made or of its successor or of another corporation , or for both of such purposes , and shall be executed by the contracting corporations under the corporate seal of each corporation ; and if such contract shall be a lease of any ... 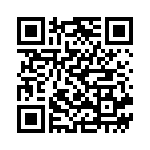