Slightly mixed portrait of the great Hungarian city. In spite of its title, the book does go quite a bit into developments in the last decades of the 19th century. I would say that the first half of ... Lue koko arvostelu

Author John Lukacs starts with a description of the funeral in 1900 of the painter Mihály Munkácsy. The huge size of the man's funeral and its elaborateness, Lukacs suggests, says much about the high ... Lue koko arvostelu

John Lukacs was born Janos Adalbert Lukacs in Budapest, Hungry on January 31, 1924. His father was Catholic and his mother was Jewish. He received an advanced degree in history from the University of Budapest. Although he was a practicing Catholic, he was considered Jewish enough to be conscripted into an army labor battalion when the Nazis occupied Hungary. He deserted in late 1944. When things did not improve under Soviet occupation and a Communist government, he fled illegally to the United States in July 1946. He was hired as a part-time lecturer in history at Columbia University to accommodate an influx of returning veterans. In 1947, he was hired by Chestnut Hill College in Philadelphia to teach full time. He taught there for 47 years, retiring in 1994. He wrote numerous books including The Last European War; Confessions of an Original Sinner; The Duel: The Eighty-Day Struggle Between Churchill and Hitler; The Hitler of History; A Student's Guide to the Study of History; Churchill: Visionary. Statesman. Historian.; At the End of an Age; George Kennan: A Study of Character; and A Short History of the Twentieth Century. He died from heart failure on May 6, 2019 at the age of 95. 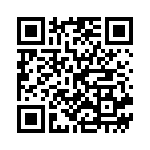