Sivu 116
Pope himself was patronized , first as a means of cozening Swift at a time when Swift was invaluable to the Tories , and second as a means of tempting Pope into the Tory camp . And in the final reckoning , these men who rose by the ...
Sivu 124
But Pope's “ Atticus , ” who was also a Secretary of State and the husband of a countess and a renowned writer , played his cards well . He learned wisdom and applied itapplied it so skilfully that it passed for virtue also .
Sivu 127
One might , if one chose , draw many ingenious , if not too accurate , parallels between Pope and Proust . Enough do exist , at any rate , to bring home to us the one valuable fact that the Frenchman , coming two hundred years after the ... 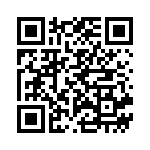