Sivu 11
The increase in population was mainly among those who were small farmers , renters , and laborers , which , of course , reduced the size of land holdings . In pre - famine Ireland about one - third of the landlords were absentees ...
Sivu 40
It was not until the 1820s that farmers began to flow into the country - people who came to clear and build , plow and cultivate - and it is from 1820 that we can date the development of the first agricultural interests of the county .
Sivu 89
The Irish Road farms originally produced grain and potatoes for sale , in addition to foodstuffs for the farmers themselves , such as chickens , pigs , and milk . In the 1920s , as transportation improved and the roads became readily ... 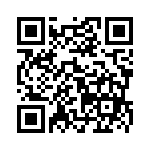