Sivu 390
knowledge of French , which he had Dec. 18 , 1809 ; and Guadaloupe , Feb.
acquired by his intercourse with the 1810 . French officers and men , seven or
eight In 1824 he married Eliza , widow of thousand of whom were imprisoned in ...
Sivu 417
blazing logs , never cast its warmth over one - fifth of it , until M. D'Isigny had
brought French ingenuity to bear upon it . He had caused to be made two great
folding - screens , which , starting from each side of the fireplace , overlapped
each ...
Sivu 627
... delegated to the French commission were revoked before they had decreed
the resuscitation of the English langue . ... —that the French langues required no
authorisation of the kind whatever , —that in the then utterly disorganised state of
... 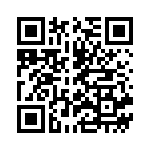