Sivu 44
It was a theatre voracious for plays , which , however , ran for very short periods , and its audience was ... and the possibility of fame , for the King himself and all his courtiers had an unquenchable appetite for the play .
Sivu 45
So his first attempt at comedy , The Wild Gallant , was a refurbishing of a play by Ben Jonson's secretary and friend , Richard Brome . It is in prose and has the typical “ humour " characters of Jonson's comedy , though without his ...
Sivu 46
In return for this , Dryden wrote a poem to Lady Castlemaine , speaking of her as the god that descended and preserv'd the play " , adding that it was her applause and favour that infused “ New life to my condemn'd and dying muse ” . 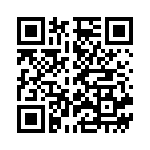