Sivu 36
It was a lightning game of chess , striving to anticipate the other's move . ... He kept up the counting and dodging , but in the crowded action of a patrol flight the situation had definitely moved over into second place in his mind .
Sivu 85
Their long tails swishing unceasingly , the wilde- beests moved slowly , parallel with the trees . An occasional outlying member of the herd raised his grotesque head , jaws champing rhythmically , and wa- rily surveyed his surroundings ...
Sivu 111
Indeed , it was puzzling , know- ing the charm of Maillol's virginal figures , to meet with this sudden move away from the smooth radiance of form , so akin to that which Renoir had shown in his paintings of young girls , which had ... 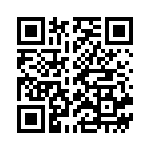