Sivu 177
Being Five Hundred Passages by Three Hundred and Twenty-five Authors
Robert Maynard Leonard. it pretty short , except what grew on my upper lip ,
which I had trimmed into a large pair of Mahometan whiskers , such as I had seen
worn by ...
Sivu 285
The climate is remarkably mild , even in October and November ; no snow has
been seen to lie there for these thirty years past , the myrtles grow in the ground
against the houses , and Guernsey lilies bloom in every window . The town ,
clean ...
Sivu 625
THE RIVER So have I seen a river , deep and smooth , passing with a still foot
and a sober face , and paying to the ' fiscus ' , the great ' exchequer ' of the sea ,
the prince of all the watery bodies , a tribute large and full ; and hard by it , a little
... 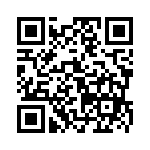