Sivu 56
He lived in Chester County , Pennsylvania , until around 1718 and then married and moved into the Welsh Tract District , New Castle County , Pennsylvania . In 1763 he purchased two hundred acres in Mill Creek Hundred .
Sivu 87
Hugh Donley found time to rebuild the log cabin in which his grandfather , the immigrant John Donley , had lived all his life , as a summer holiday home . John Donley's widow , his second wife , Ellen Hickey , had lived there until she ...
Sivu 105
Inez Cantrell's Move to Air Products By the fall of 1943 Inez Cantrell , then age twenty - eight , had lived in Chattanooga for seven years and was beginning to regard the city as her home . Her sister Grace also lived there . 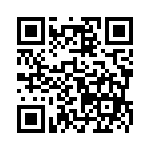