Sivu 253
THE THIRD SATIRE OF JUVENAL THE ARGUMENT The story of this satire speaks itself . Umbritius , the supposed friend of Juvenal , and himself a poet , is leaving Rome , and retiring to Cumae . Our author accompanies him out of town .
Sivu 583
But the contention betwixt these two great masters is for the prize of satire ; in which controversy all the Odes and Epodes of Horace are to stand excluded . I say this , because Horace has written many of them satirically , against ...
Sivu 599
And Boileau , whose example alone is a sufficient authority , has wholly confined himself , in all his satires , to this unity of design . That variety which is not to be found in any one satire is , at least , in many written on ... 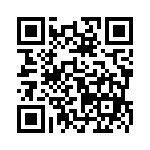